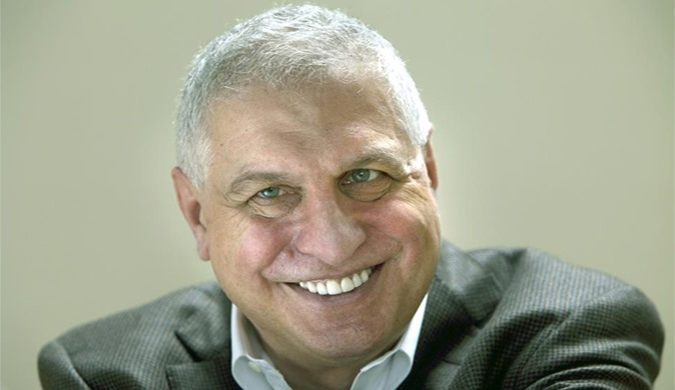 By Bram Overbeeke and Nataša van de Laar, students at the Research Master in Media Studies.

Last Friday, November 20th, the International Documentary Film Festival Amsterdam (IDFA) hosted American filmmaker Errol Morris for a masterclass in a fully packed Tuschinski theatre. The festival’s central guest discussed his work and his ideas on documentary film with moderator and prominent documentary scholar Bill Nichols. The dialogue focused mainly on the intersections between theory and practice of documentary filmmaking, in relation to the ground-breaking work of the director himself. Reality, truth, and their representations were recurring themes throughout the meandering discussion.

Bill Nichols opens the session with a clip from Stanley Kubrick’s renowned 2001: A Space Odyssey scene in which a euphoric primate throws mankind’s newly discovered and very first weapon in the air: a bone, floating in the frame and subsequently cutting to the image of 2001’s futuristic spaceship – a modern weapon of humanity. Directly thereafter, Nichols surprises us with an important piece of evidence from Morris’ whodunit-documentary The Thin Blue Line: the iconic slow motion close-up of a falling milkshake. A shot that, in many ways, embodies an important change in documentary filmmaking pioneered by Morris. Nichols: “What Kubrick did for science fiction, Morris did for documentary.”

By using overt stylistic means, as found in the aforementioned scene, The Thin Blue Line broke one of the most prominent documentary dogmas: the truth had to be represented in the most direct way possible. Stylistic diversions such as re-enactment and the changing of a scene’s lighting or staging have generated a lot of criticism towards Morris.

“Over the years, I have been put in this very defensive position, as if I have to really defend many of the techniques that were used in The Thin Blue Line, re-enactments being one of them. … Finally I have come up with an answer that I find somewhat satisfactory: that everything is a re-enactment. Consciousness is a re-enactment of reality inside of our skulls. None of us have direct access to the real world as such.”

The filmmaker emphasizes that the myth of filmmaker as ‘fly on the wall’ is untenable, and that a ‘veracious’ style does not guarantee an accurate representation of the truth. “A friend once said you might be a fly on the wall, but it’s a 500-pound fly.”

Nevertheless, Morris appears not a complete relativist: the search for truth plays a quite important role in his films. “Truth is a quest, you pursue truth. You go after it, you try to uncover it, because we all know that we live in a sea of falsehood. … I mean, there shouldn’t be any tool that should be unavailable to you in the pursuit of truth.”

During the session, Morris seems not too fond of the screening of short clips of his work. Instead, the filmmaker encourages the public to see the entire films, of which six are screened on multiple occasions at IDFA. Aside from this retrospective, the festival also screens Morris’ personal top 10 of documentary films, containing titles by Vertov, Herzog, Broomfield and others.