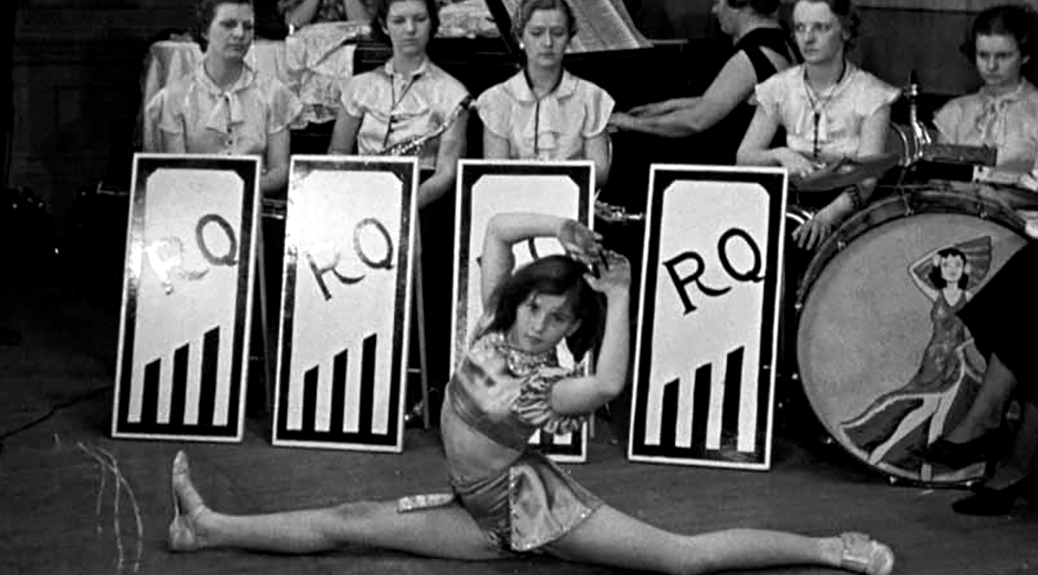 On Wednesday, November 17, at 7.30pm, the Dutch branch of the Association of Moving Image Archivists (AMIA), associated with our Film Faculty, hosts the Archival Screening Night Roadshow, an (free!) evening of 20 films and videos from archives and archivists around the world. The Archival Screening Night Roadshow is a veritable treasure from the world’s archives and archivists featuring more than twenty astonishing films and videos in 100 minutes. This cinematic ‘Cabinet of Wonders’ features films from Mexico, Thailand, and New Zealand, an appearance by Louis Jordan and the Tympany Five, a dancing bobcat, Baltimore breakdancing including the Chocolate Boogie, Jack Lemmon’s first screening appearance as a helpless soldier, and many more. It is not possible to make reservations. Tickets can be claimed at the bar half an hour before the film starts. You will need to show your QR code. From May 29-31, 2022, Eye Filmmuseum, the University of Amsterdam (UvA), Amsterdam School for Cultural Analysis (ASCA), and the Association of Moving Image Archivists (AMIA) will present the 7th Eye International Conference on ‘Global Audiovisual Archiving: Exchange of Knowledge and Practices’. The call for proposals is now open and the deadline to apply is 16 January 2022. The conference organizers encourage proposals from participants, archives, and regions that are underrepresented in conferences related to audiovisual heritage, discussing topics that highlight concrete, urgent, practical concerns, and threats to collections. 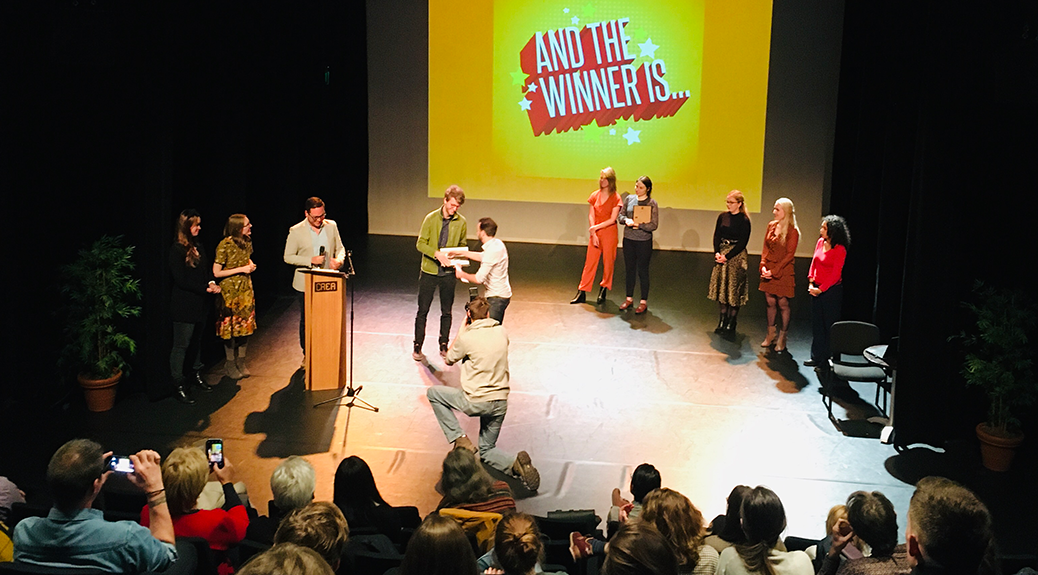 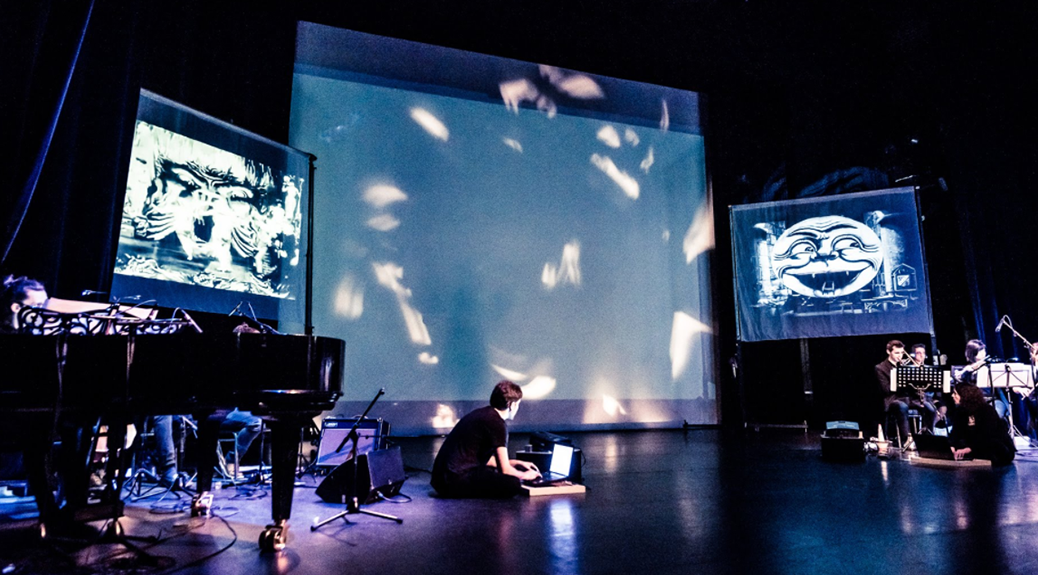 The Sounds of Silence Festival exposes the timeless beauty of silent cinema and explores its interaction with contemporary music and art. This year the festival is held from October 28-30 in Theater De Nieuwe Regentes in The Hague. Film faculty member Amir Vudka is the Artistic Director of the festival and Asli Özgen-Havekotte, another Film Faculty member, will give a lecture about women filmmakers of silent cinema. 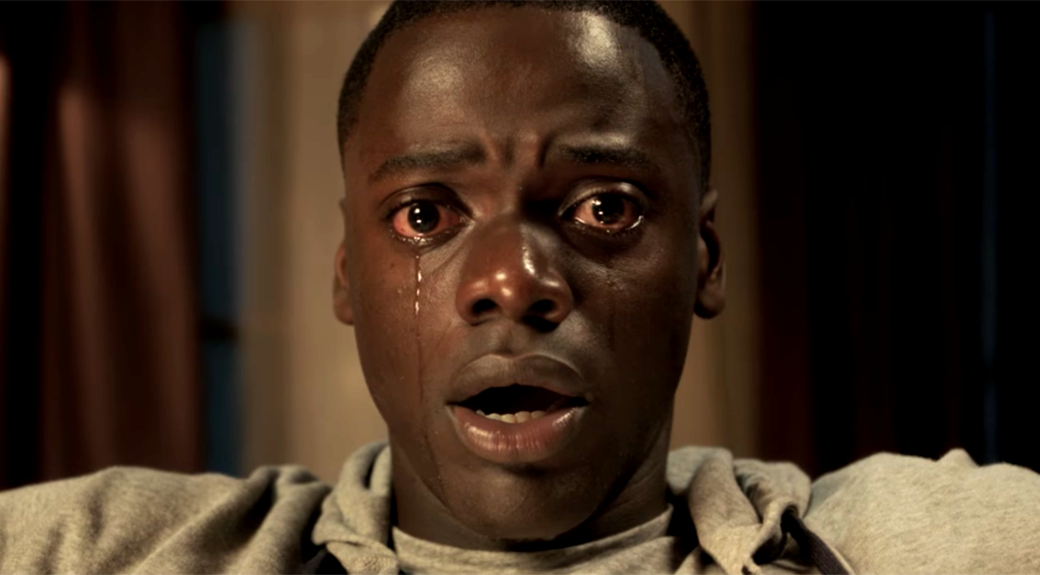 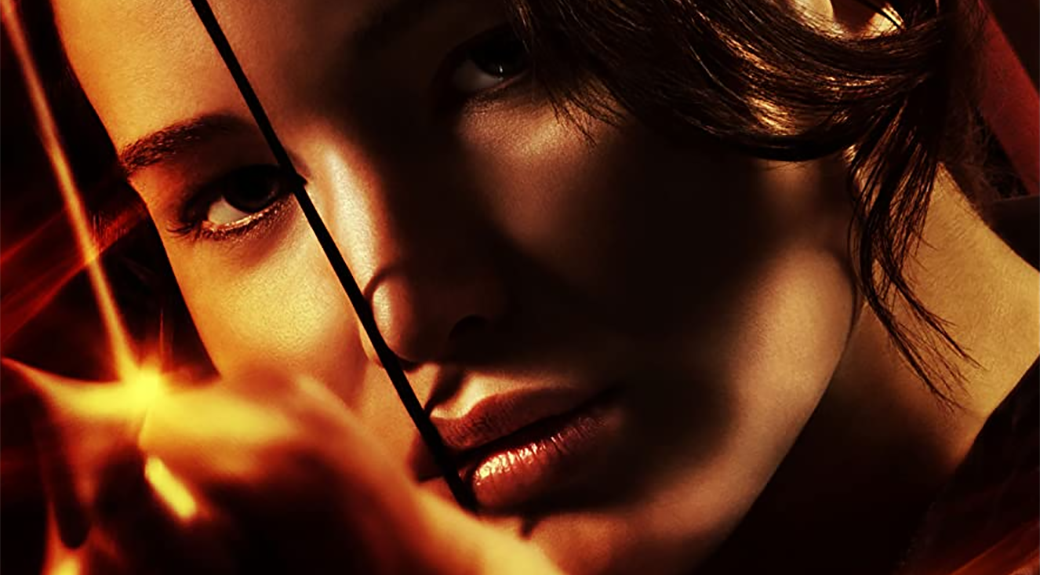 Film Faculty member Tarja Laine has published an new book on the emotional ethics of The Hunger Games, with that expanding ‘the “ethical turn” in Film Studies by analysing emotions as a source of ethical knowledge’ in these. The book, which is entitled Emotional Ethics of The Hunger Games, has been published by Palgrave MacMillan in their Film Studies and Philosophy series. 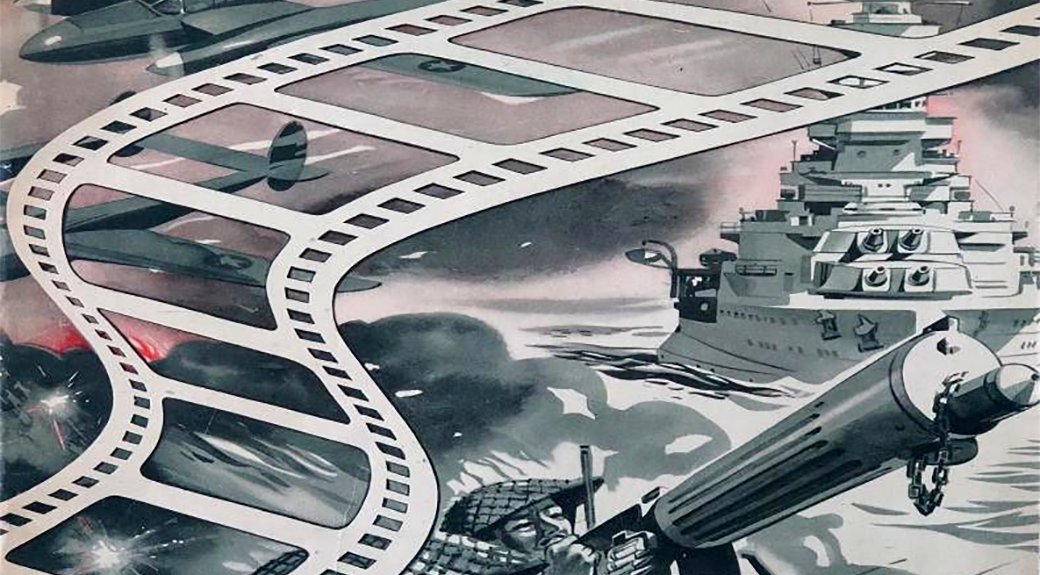 Film Faculty member Floris Paalman has published an article on the relations between film and history, and how ‘history and film history could complement and enhance each other’. The article, which is entitled “Film and History: Towards a General Ontology”, has been published in the journal Research in Film and History and is freely accessible online. Film Faculty member, Amir Vodka, will be talking about AI from the perspective of Jewish mysticism and the myth of the Golem in sci-fi films at the Deus Ex-Machina conference, which is held online from February 25-26, 2021. 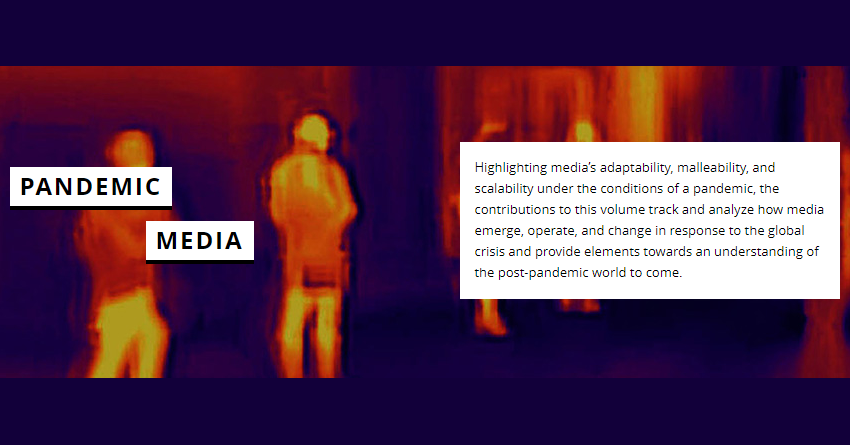 Film Faculty member, Marie-Aude Baronian, has contributed with an essay to the new volume Pandemic Media. There are about 40 short essays from many media scholars who reflect upon media, screens, film, cinema, material objects (and more) in the time of the (post)pandemic. Baronian’s essay is entitled “Textile-Object and Alterity: Notes on the Pandemic Mask.” Like all other essays, it is freely accessible online. 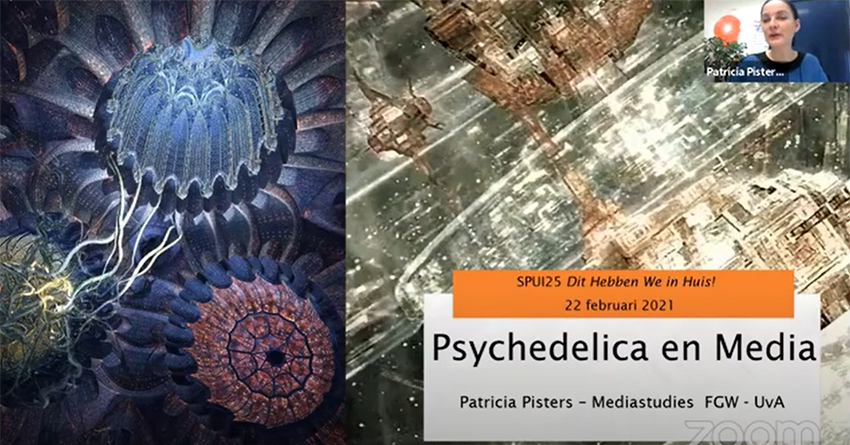 In 1969, philosopher Marshall McLuhan argued that the interest in psychedelics at the time had to do with developing “empathy with the invading electronic environment.” Today’s “psychedelic renaissance” is led by experimentation in the therapeutic effects of mind-altering drugs. On February 22, 2021, film Faculty member, Patricia Pisters, explained during an online session of SPUI25 how this renaissance” also tells us something about a new understanding of our complex digital living environment that is increasingly permeated by artificial intelligence and media machinations.

Eco Noir is a textual and visual exploration of interspecies relations in times of crisis through the works of 34 artists, researchers and writers from around the world, including a chapter by Film Faculty member, Amir Vudka. This expanded collaborative reader acts as cartography for the new cultural, cinematic and artistic strategies we can offer for emancipating our perception from viewing other species merely as subjects for politics of consumption or as objects of fascination. Eco Noir shows how relations with other species correspond with ancient tales and rumours, while offering daring and unconventional ways for humans and animals to join for creating a contemporary common story. Film Faculty member Patricia Pisters’ latest book, New Blood in Contemporary Cinema, is available now from Edinburgh University Press. In this book, Pisters investigates contemporary women directors such as Ngozi Onwurah, Claire Denis, Lucile Hadžihalilović and Ana Lily Amirpour, who put ‘a poetics of horror’ to new use in their work, expanding the range of gendered and racialized perspectives in the horror genre. politics, New Blood in Contemporary Cinema takes on avenging women, bloody vampires, lustful witches, scary mothers, terrifying offspring and female Frankensteins. By following a red trail of blood, the book illuminates a new generation of women directors who have enlarged the general scope and stretched the emotional spectrum of the genre. To accompany the book release, Pisters also wrote a blog. 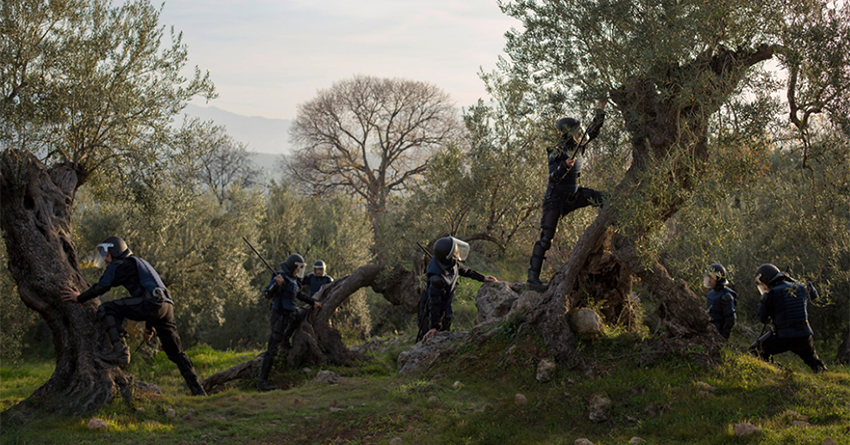 On December 9, 2020, the University of the Arts Helsinki will host an online book launch and symposium that together mark the closure of the exhibition ‘Cooking for the Apocalypse’. The book accompanying the exhibition, entitled Eco Noir: A Companion for Precarious Times, provides an textual and visual collaborative exploration of interspecies relations in time of crisis, featuring the original artworks and writings of 34 prominent artists and researchers. The symposium, entitled ‘Eco Noir: A Dark Day for a Brighter Future’, focuses on how we can create a deeper connection based on equality with other species, having a wider understanding of our potential role in the betterment of the environment we live in, and thus gaining a better understanding and connection with each other. One of the keynote speakers is our Film Faculty member, Amir Vudka.

“Colonial relationships and attitudes can clearly be recognised in the communications of international aid organisations. Hungry black children and noble white saviours are still very much present in contemporary campaigning. But many of the new, ‘positive’ or ‘innovative’ aid campaign genres are also very problematic, observe media scholars Emiel Martens (UvA/EUR) and Wouter Oomen (UU) in a recent article on OneWorld.nl that caused quite a lot of debate. New campaign genres often feature famous ambassadors that visit a project abroad, simulations of non-West misery (e.g. by being locked-up in a cage or painting faces of celebrities as if they have ebola), or adventure journeys such as hiking in Nepal or biking in Tanzania. What is going wrong? And how can campaigning in development aid be done in a more ethical way? Martens and Oomen discuss these and other questions in ‘Poverty Porn 2.0’, the latest podcast of Disrupt Development.” 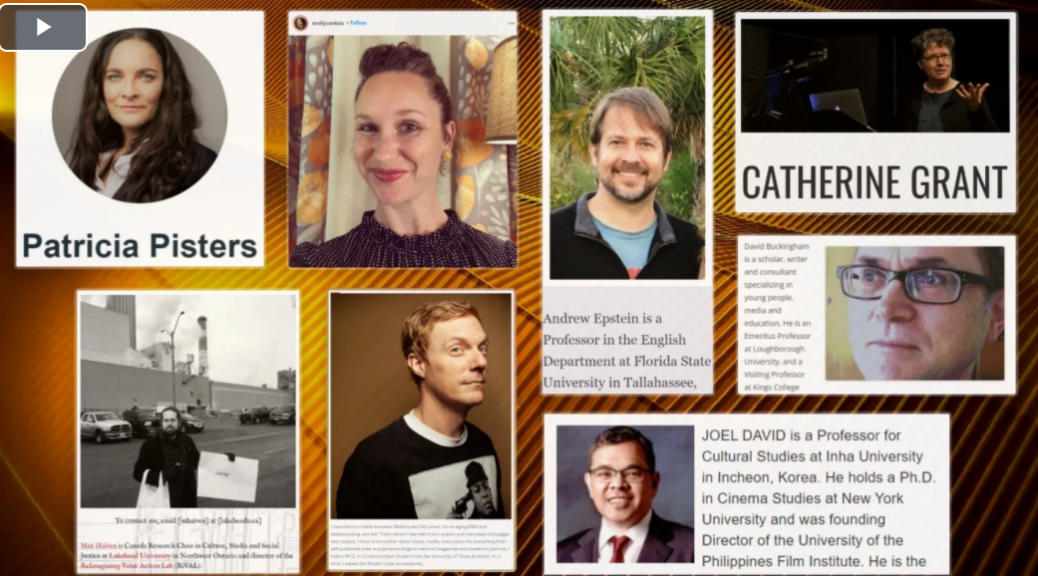 Our Faculty member, Patricia Pisters, has been included in the recently published video wiki “Scholars And Critics Expanding Our Understanding Of Culture“. Founded in 2011, Ezvid Wiki was the world’s first video wiki, and is now among the top 3,000 websites in the United States. Their YouTube channel has over 600,000 subscribers, with over 350 million views since founding.
The “Scholars And Critics Expanding Our Understanding Of Culture” video wiki features scholars in the fields of art and communications media who investigate topics like the influence of film on personal identity, or how capitalism shapes narratives about creativity. 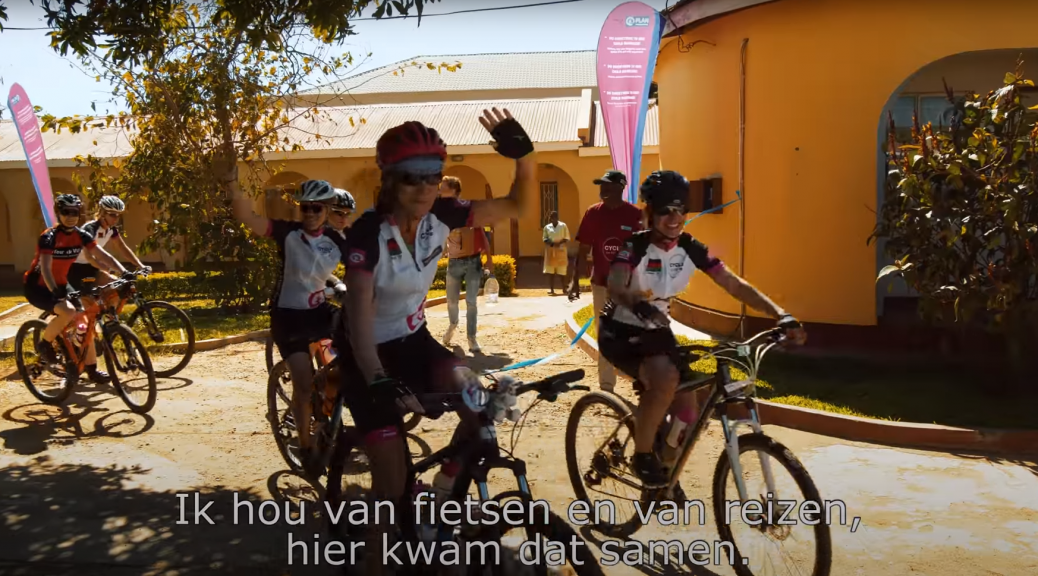 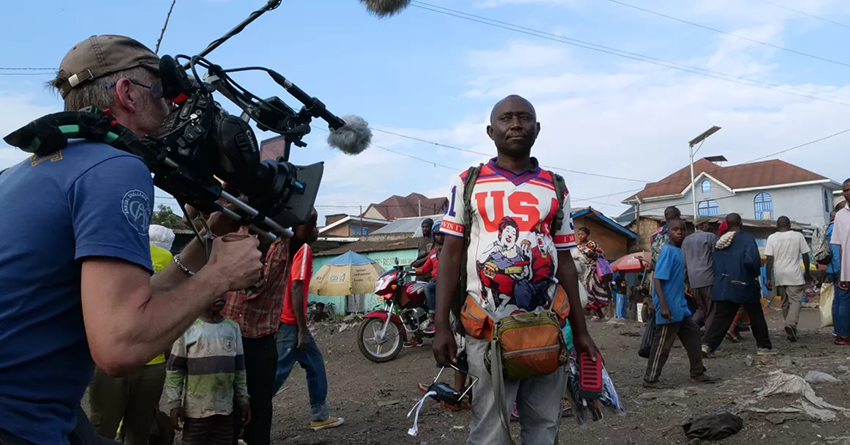 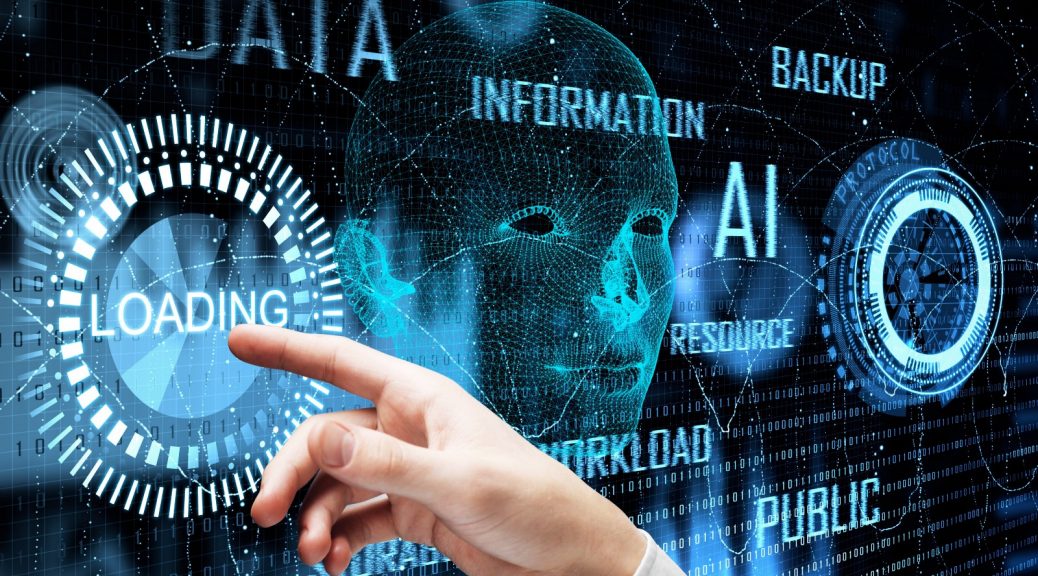