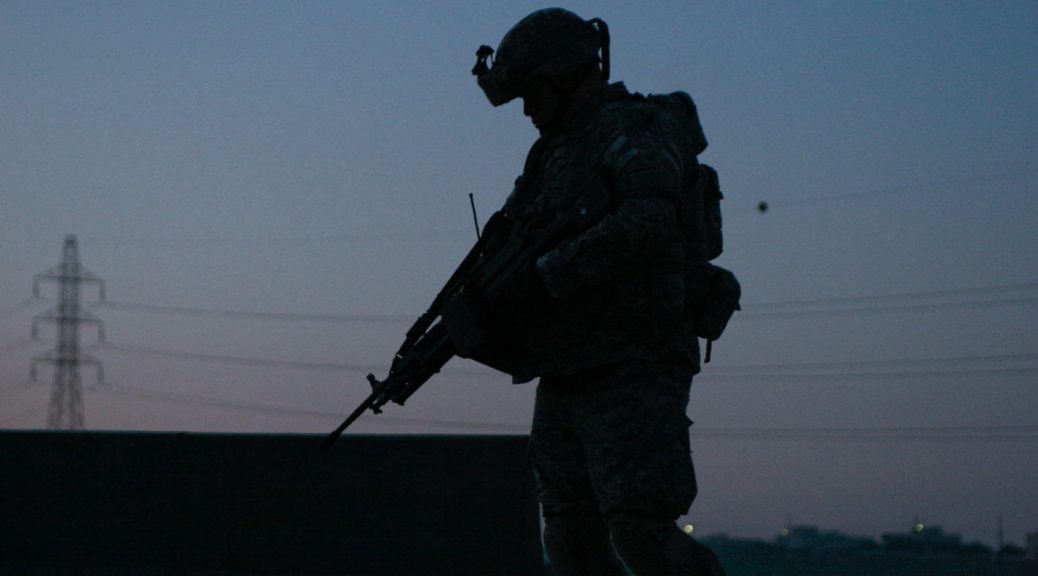 On May 9 at 7.15pm Faculty member Patricia Pisters will present an audiovisual ‘tour of duty’ through contemporary war films in Eye. She shows that war and cinema have a long and intertwined history. Soldiers carry cameras and other media devices with them, and the battlefield has exploded on multiple screens, causing our viewpoints to become fragmented. Pisters’ lecture will be illustrated with fragments from war films such as Redacted by Brian De Palma. 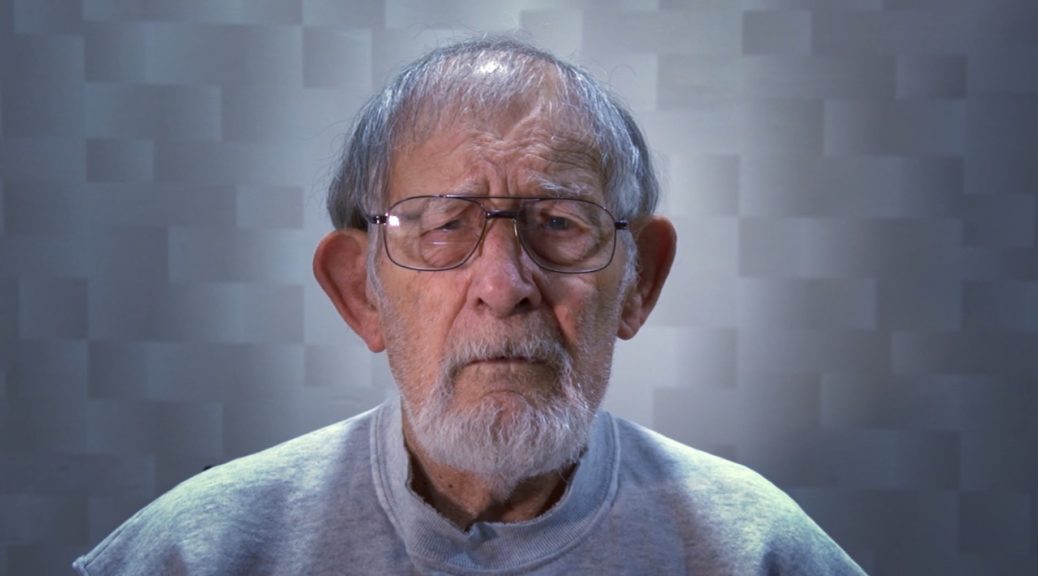 In the Shell Shock program, filmmakers, philosophers, writers and speakers bring you as close as possible to the experiences of people after a period of war and violence. On the opening night on March 22, director Morgan Knibbe, film professor Patricia Pisters and philosopher Hans Schnitzler will tell about the processing of war violence in film. There will also be a screening of Morgan Knibbes’ The Atomic Soldiers. 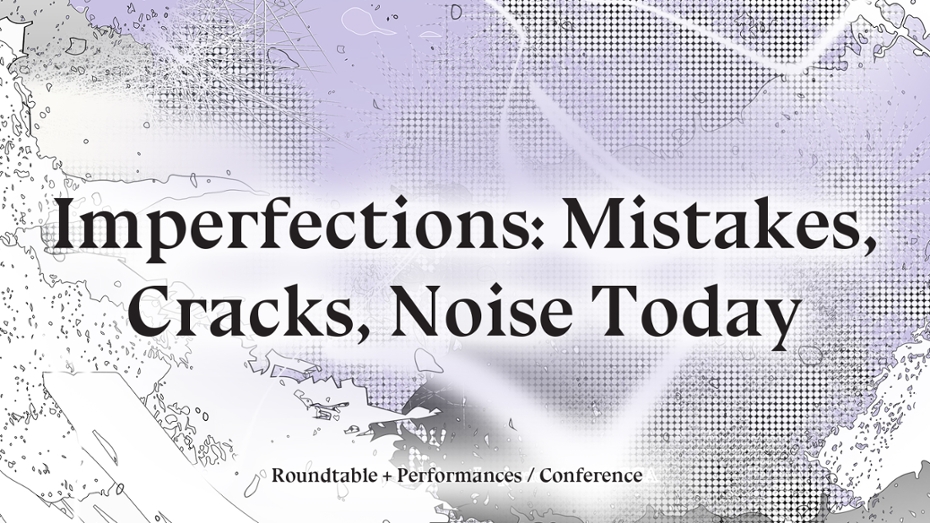 On March 12 from 6-11pm The Sublime Imperfections research collective devotes a round table and performance event to aesthetics & discourses of imperfection, mistakes, glitches and noise, repair and distortions. The event is part of a conference that address cravings for imperfection in design, music, art, writing, psychology, and genetics. The round table featuring, besides Mieke Bal, Graham Dunning, Linor Goralik, Ellen Rutten, Yuriko Saito, and DJ Trish Trash, our Faculty member Patricia Pisters. 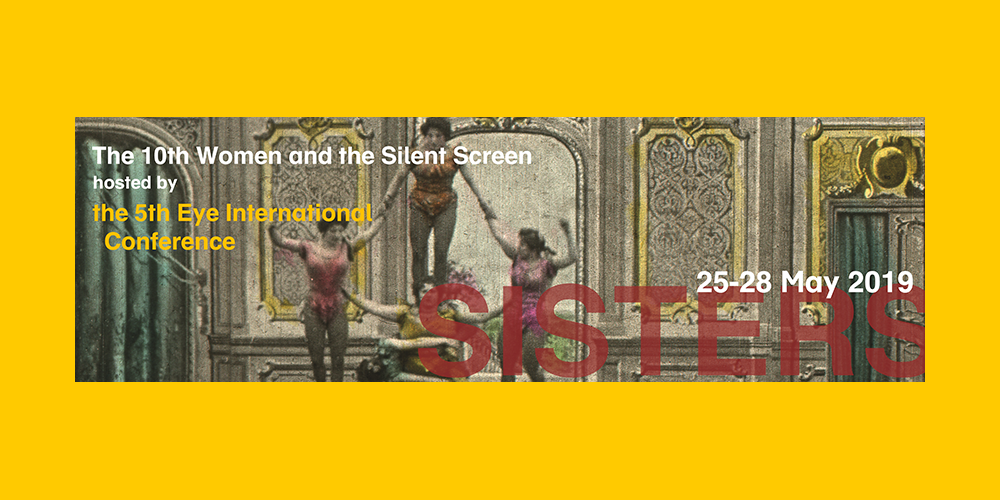 The deadline for the call for proposals of the Eye International Conference ‘Sisters! Women and the Silent Screen’ has been extended to 7 December 10am (CET). The committee looks forward to receiving your proposals at conference@eyefilm.nl. In addition, the conference has announced the names of the keynote speakers: Jaqueline Stewart, Professor at the Department of Cinema and Media Studies of the University of Chicago, and Annette Förster,  media historian and film curator who specializes in women in film history.

More information on the CfP 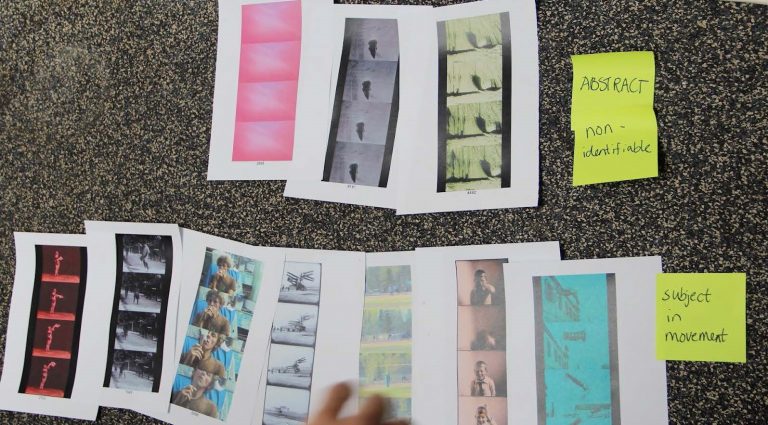 From 25-26 February, 2019, the international symposium ‘Sensory Moving Image Archives: Visualization, Exploration and Reuse of Moving Image Data’ will be held at the University of Amsterdam. The two-day symposium comes out of the research project The Sensory Moving Image Archive: Boosting Creative Reuse for Artistic Practice and Research (SEMIA, 2017-2019). The program will consist of invited presentations and papers accepted through an open call. Scholars, professionals and practitioners from all groups are strongly encouraged to submit proposals. Please submit an abstract of 300 words and a short bio of 50 words, in pdf format, by emailing c.g.olesen@uva.nl before 23 November, 2018.

Here you can find the call for papers (PDF).
Here can you find the project website. 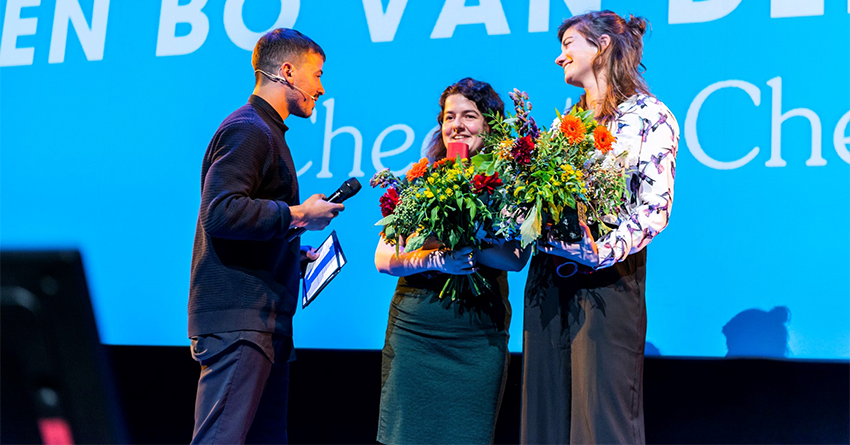 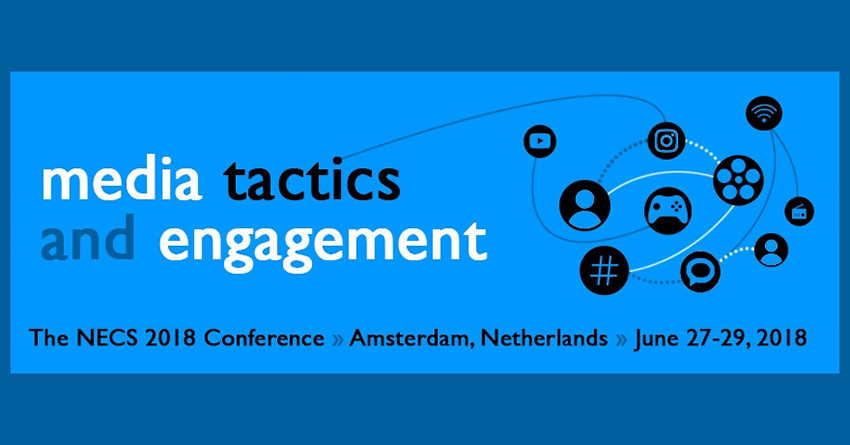 From 27-29 June 2018 the Department of Media Studies of the University of Amsterdam is co-hosting the NECS 2018 Conference ‘Media Tactics and Engagement’. Various members of the Film Team are part of the local organising team: Maurie Aude Baronian, Patricia Pisters and Maryn Wilkinson. The programme of the NECS 2018 Conference can be found here in PDF format. 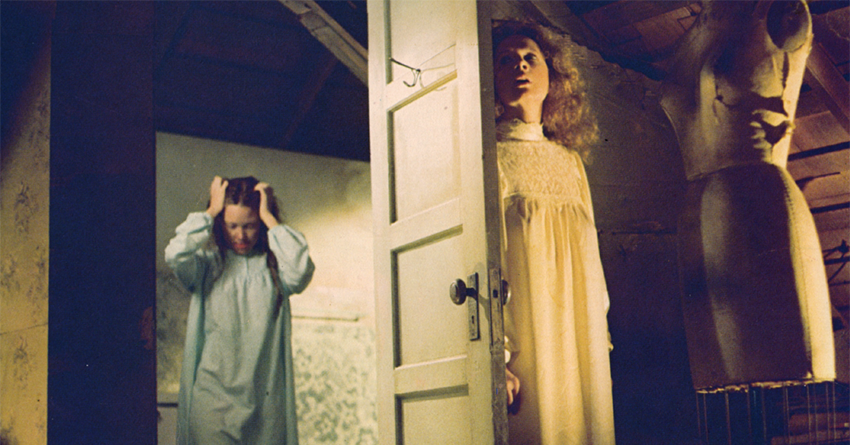 Roffa Mon Amour (RMA) brings SUMMER FILM SCHOOL for the very first time to the Netherlands. From July 18 through July 22 we present a program of lectures and screenings in cooperation with CINEA, the Flemish service for film culture. At Drijvend Paviljoen and LantarenVenster in Rotterdam the work of two renowned cineastes will be explored: auteur provocateur director Brian De Palma and the artistic, literary cinema of Alain Resnais. During the 5-day program Summer Film School launches ten lectures and ten film screenings on the oeuvre of both cineastes.

Information on the full program and tickets is available at roffamonamour.com, lantarenvenster.nl or at the box office of LantarenVenster. 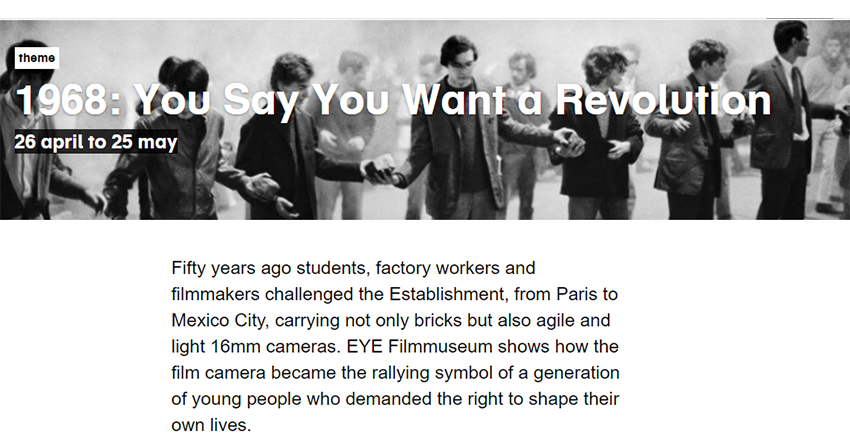 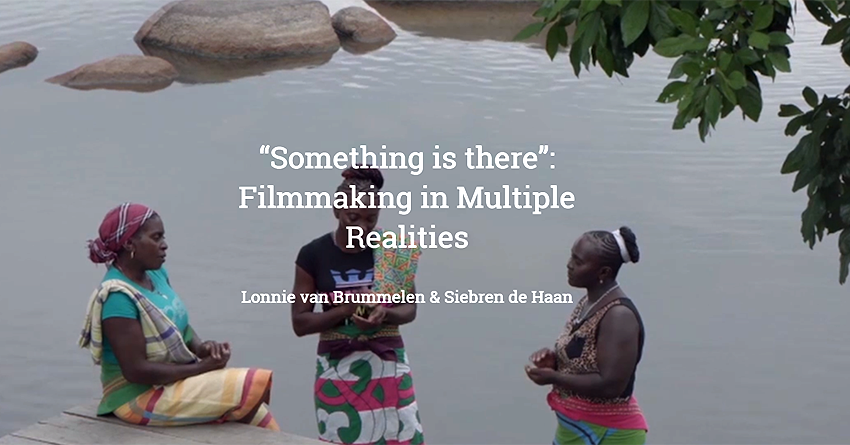 Citizens of Nature is an upcoming film by Lonnie van Brummelen en Siebren de Haan that seeks to reproduce how Surinamese communities that live in the Guiana Shield rainforest organize the participation of other-than-human entities in their daily processes of decision making.

Read here the article they have written about the film in between two shooting periods. 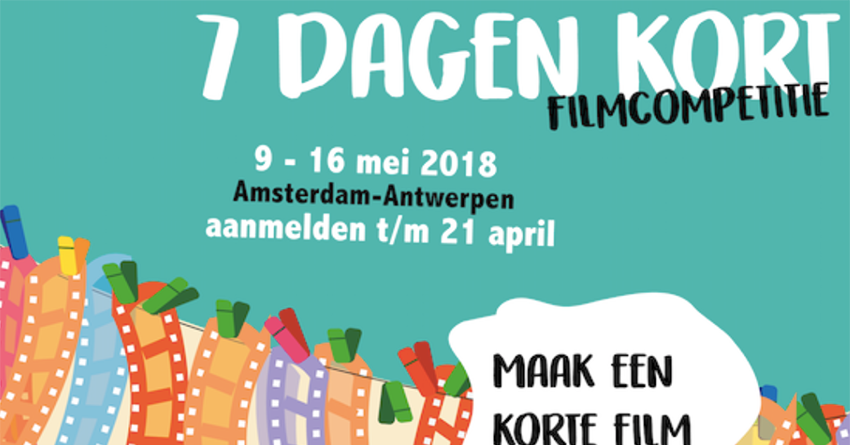 From 9th May until 16th May 2018 the 7 Day Short Film Competition challenges beginning filmmakers from the Netherlands and Belgium to produce a short film (in Dutch) of 7 minutes in 7 days! Best film will win € 2000,- and a big screen premiere on 9th June in Cinema Zuid, Antwerp. The winning film will also go on tour in other cities. During the competition week, participants will receive guidance and coaching from professionals.

For more details and info on how to apply, click here. 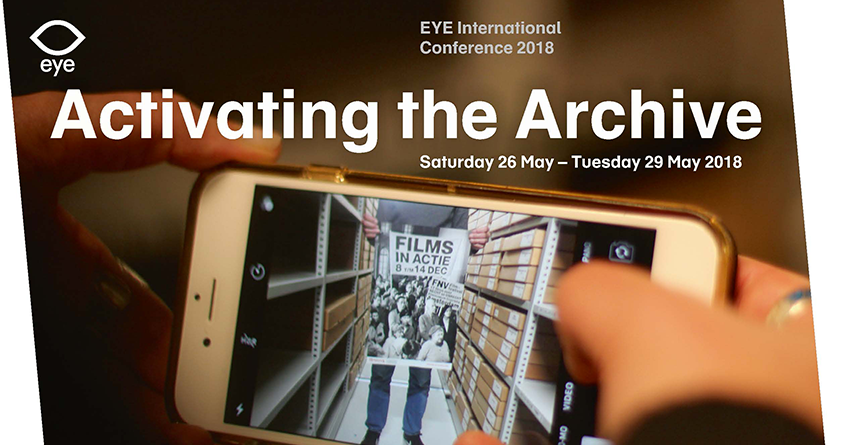 From May 26-29, 2018, the EYE International Conference ‘Activating the Archive: Audio-Visual Collections and Civic Engagement, Political Dissent and Societal Change.’ will be held in the EYE Filmmuseum. The conference will explore contemporary archival and academic debates, catering to film heritage professionals, scholars, archivists, curators and restorers. This year, more than fifty speakers from around the globe will represent this diverse community of professionals, including three invited keynote lecturers: Prof. dr. Thomas Elsaesser, Professor Emeritus of Media and Culture at the University of Amsterdam, Prof. dr. Faye Ginsburg, Professor of Social Anthropology at New York University, and Prof. dr. Julia Noordegraaf, Professor of Digital Heritage at the University of Amsterdam. The EYE International Conference 2018 will also celebrate the 15-year anniversary of the MA programme in Preservation & Presentation of the Moving Image (P&P) at the University of Amsterdam (UvA), whose approximately 150 alumni are active in museums, archives and universities around the world. The second edition of the Ammehoela Film Festival takes place on Saturday March 31 at FC Hyena in Amsterdam Noord. The one-day festival has selected 69 short films – among which 17 premieres – and divided them into 10 theme blocks of one and a half hour each. In addition, both Cinecrowd and The One Minutes will take care of one block and throughout the day, from 1pm to 1am, there will be a too dense programme of the most edgy media mess in the central hall and beyond.

The full programme with all the theme blocks and side programmes can be found at https://ammehoelafilmfestival.nl/programma/. Tickets for the entire day can be ordered online for the nice price of €15 through the website of FC Hyena with the short link http://bit.ly/ammehoela2018. Cineville cardholders receive a 50% discount. 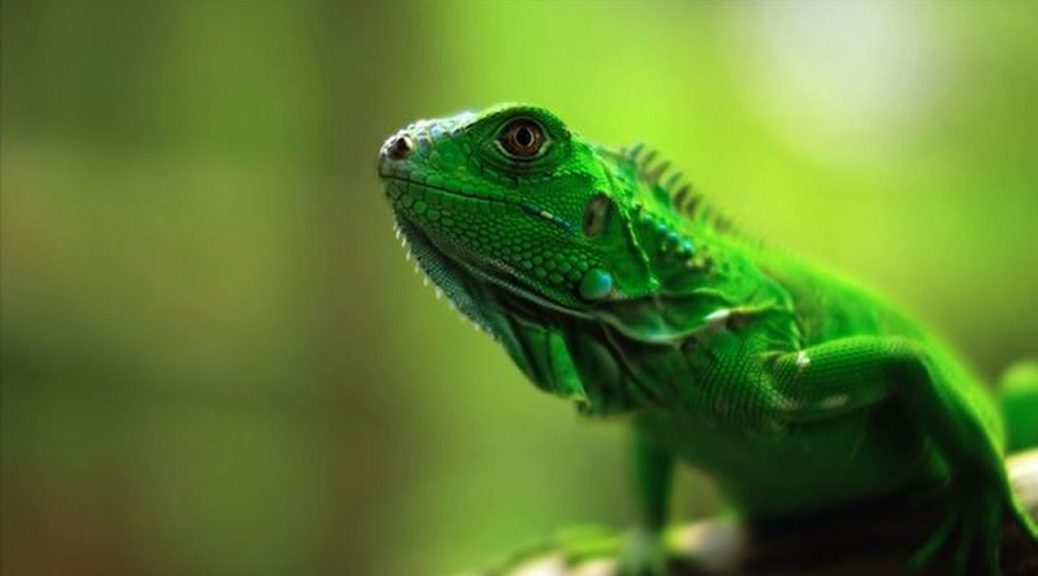 On Thursday, April 5th, 2018, the Netherlands Association for Latin American and Caribbean Studies (NALACS) organizes a festive network event in CREA in Amsterdam. The event is devoted to the annual award for the best thesis written on Latin American or the Caribbeanat a Dutch university in the academic year 2016-2017. The nominated master students will all give a short presentation on their thesis, after which the jury will award the prize for best thesis and the best presentation.

The program will start at 5pm with the screening of Wild Wealth, a short film by National Geographic and the International Development Bank on biodiversity in Latin America and the Caribbean. The film will be introduced by environmental anthropologist Fabio De Castro (CEDLA), who will briefly address the multiple images and discourses built around ‘nature’ and ‘conservation’ in Latin America and the Caribbean, and the implications of these contrasting meanings and narratives for the struggles over environmental justice in the region. After the ceremony, from 7pm onwards, there will be drinks and bites in the bar of CREA. Entrance is free. 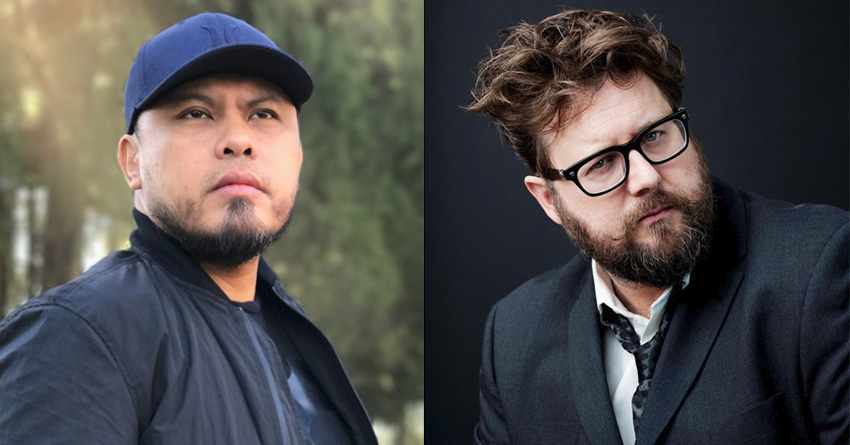 CinemAsia, the annual Asian film festival in the Netherlands, will start its upcoming edition on Saturday March 10 from 1-2.30pm in filmtheatre Kriterion in Amsterdam with hosting masterclasses by two of their (inter)national guests (and judges): Indonesian director Joko Anwar (Satan’s Slaves, Halfworlds, A Copy of Mind) and Dutch director Martin Koolhoven (Brimstone, War Winter). They will talk to each other about their experiences with directing genre films. In a conversation moderated by film critic Hugo Emmerzael, these two directors and film connoisseurs go into their artistic vision, for which audience they make their films (national and international) and at the differences – and possibly also similarities – between the European and Asian markets. 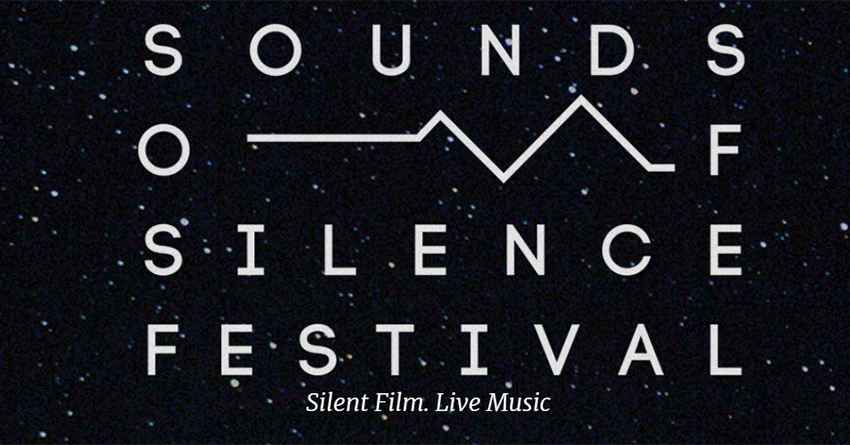 The 4th edition of the Sound Of Silence Festival for silent film and live music will take place in Den Haag, from 9th-11th of March. During three days the festival exhibits six events of film masterpieces accompanied by innovative musical arrangements that incorporate different acoustic instruments, analog and digital electronics, voices and more. All the music is performed live. The internationally renowned musicians who collaborate with the festival work in varied genres such as electronic, experimental, jazz, flamenco, baroque music and more.

Click here for the full program and more info. 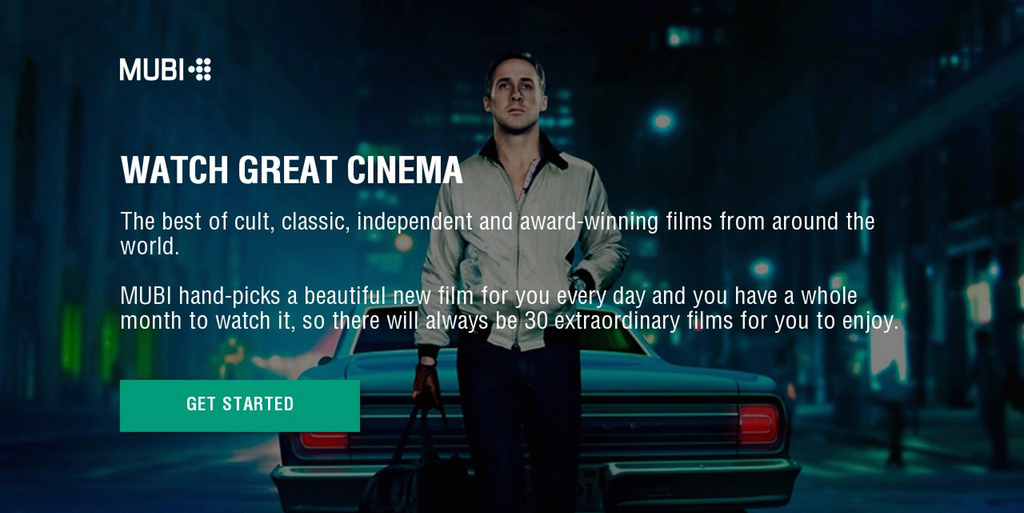 MUBI is a curated online cinema and community that offers a subscription-based video on demand service. It features a movie every day and makes it available for its users over a period of 30 days. The service is available in over 200 countries around the globe and on multiple devices such as mobiles, tabs, computers, and TVs. For both staff and students of Film Studies a subscription of MUBI is now free of charge.

Visit the MUBI website.
Read the press release about MUBI for film staff and students. 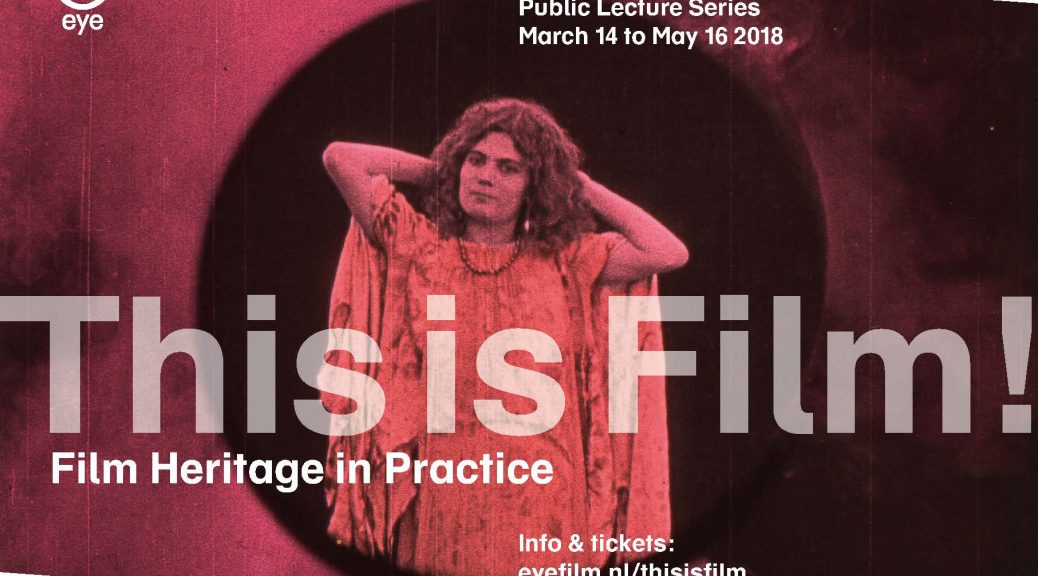 This is Film! Film Heritage in Practice is a six-session series at EYE offering insight into what happens behind the scenes in film archives, museums and cinemas. Each session will cover a different topic and feature an introductory lecture by Giovanna Fossati (Chief Curator at EYE and Professor of Film Heritage at the UvA), followed by an extended Q&A with an invited (inter)national expert on the session’s topic and a film screening. 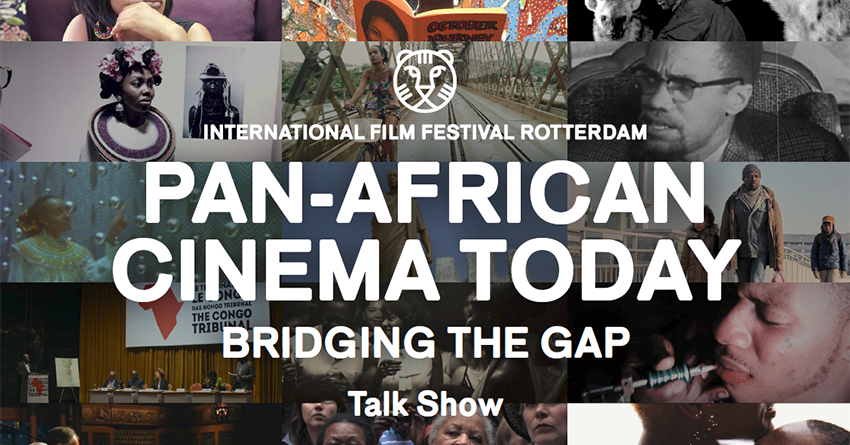 This year the International Film Festival Rotterdam (IFFR) will be held from 24 January to 4 February. One of their programmes is Pan-African Cinema Today (PACT), which covers African and the African diasporic cinema with features, documentaries, shorts, virtual reality, music videos and rare classics. The main event to explore Pan-Africanism, the revolutionary historic movement aiming to liberate and unite all Africans worldwide, is Bridging the Gap on Sunday January 28th.

On this day, from 12-6pm, international filmmakers and film professionals will talk about this underexposed milestone in history in a dynamic talkshow setting: Haile Gerima (acclaimed director of Sankofa and Harvest 3000 years), Louis Massiah (director of W.E.B. Du Bois – A Biography in Four Voices, a documentary about one of the most influential Pan-Africanists), Shirikiana Aina (producer of Sankofa and director of the newly released Footprints of Pan Africanism), Ford Morrison (producer and initiator of The Foreigners’ Home, a documentary about writer and Nobel laureate Toni Morrison), Rosine Mbakam (director of Les deux visages d’une femme Bamiléké) Jon Goff (film specialist of the Smithsonian NMAAHC), Clarence Peters (Nigeria’s most dynamic music video director), Patricia Pisters (professor of film at UvA about The Battle of Algiers and Queimada), Milford Graves (legendary free jazz drummer featured in Milford Graves Full Mantis), Nadia Denton (on Beyond Nollywood) and many more.

The talkshow is free of charge and open for all to visit. Check here the info of the talkshow. And check here all the films included in the PACT programme.