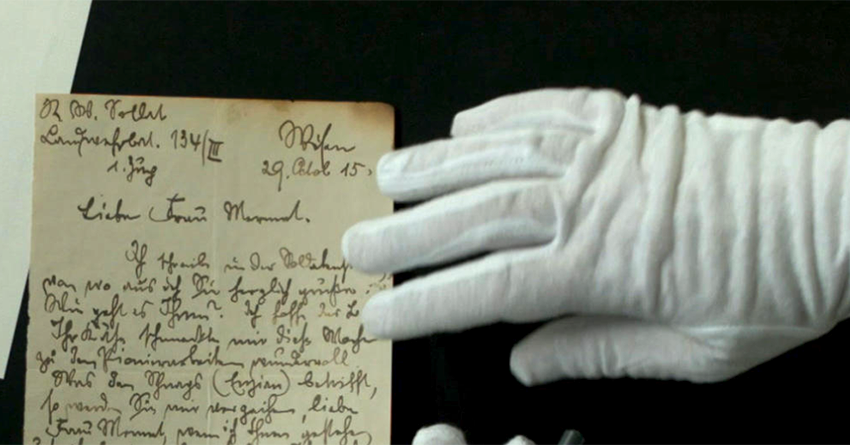 During the upcoming International Film Festival Rotterdam (24 January – 4 February), filmmaker Florian Haag, who is currently a student in the MA programme Preservation and Presentation of the Moving Image, will show his film The Villain Robert Otto, with which he graduated from the Karlsruhe University of Arts and Design. The film is a portrait of an exceptional writer – the mysterious Swiss Robert Walser, who was productive and much-loved, but went insane and got forgotten, to become rediscovered long after his death. He had been in a psychiatric institution since 1933, and was no longer writing. But countless notes were found in shoe boxes.

Florian will be present during the screenings on the 27th and 28th of January. For more information, click here.