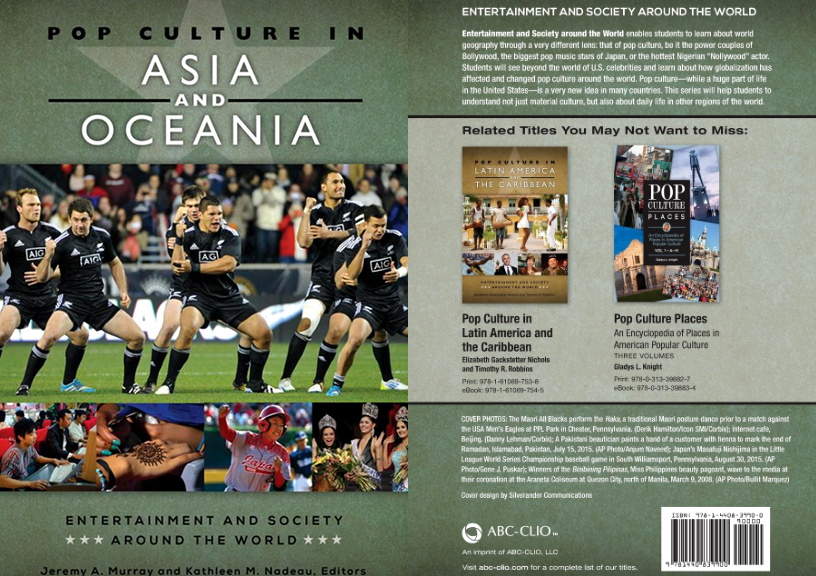 This month Pop Culture in Asia and Oceania will be published by ABC-CLIO. The book, edited by Jeremy A. Murray and Kathleen M. Nadeau, offers a compresensive guide to the rich popular culture of the diverse countries of Asia and Oceania and provides high school students and general readers with an understanding of the globalization of pop culture. Film Team member, Emiel Martens, has contributed to the guide with a feature on Maori cinema.

The guide, which will be released on August 31th as both e-book and hard cover, can be pre-ordered on Amazon.com. More information on the book can be found on the publisher’s website. The full feature by Martens can be found on his Facebook page on Maori cinema.