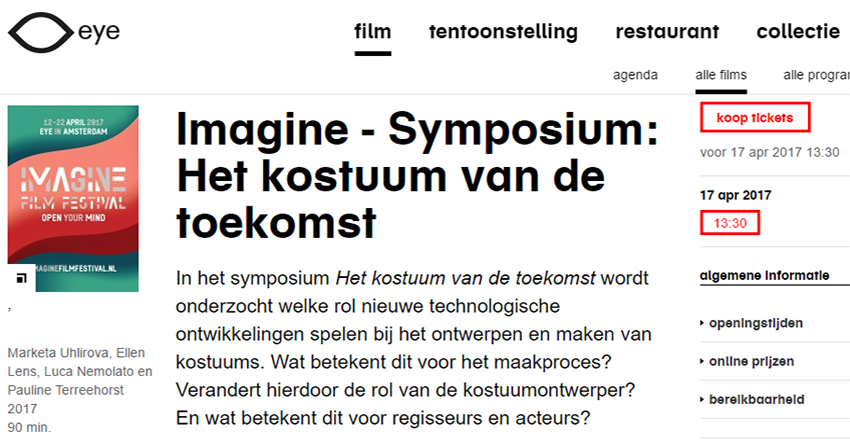 The symposium ‘The Costume of the Future’ focuses on the role new technological developments play in designing and making costumes. What does it mean for the making process? Does it change the costume designer’s role? And what does it mean for directors and actors? These and other questions will be discussed by Dutch designer Ellen Lens (Brimstone), the Italian-American designer of digital costumes Luca Nemolato (The Hunger Games) and former fashion journalist Pauline Terreehorst. Moderator is Marketa Uhlirova, Director of the Fashion on Film Festival in London and author of numerous books and articles about the role of fashion and costumes in film. This symposium was established in collaboration with students of the MA Film studies (UvA), and particularly the course ‘(Un)dressing Cinema: Fashion & Film’ by Marie Baronian.