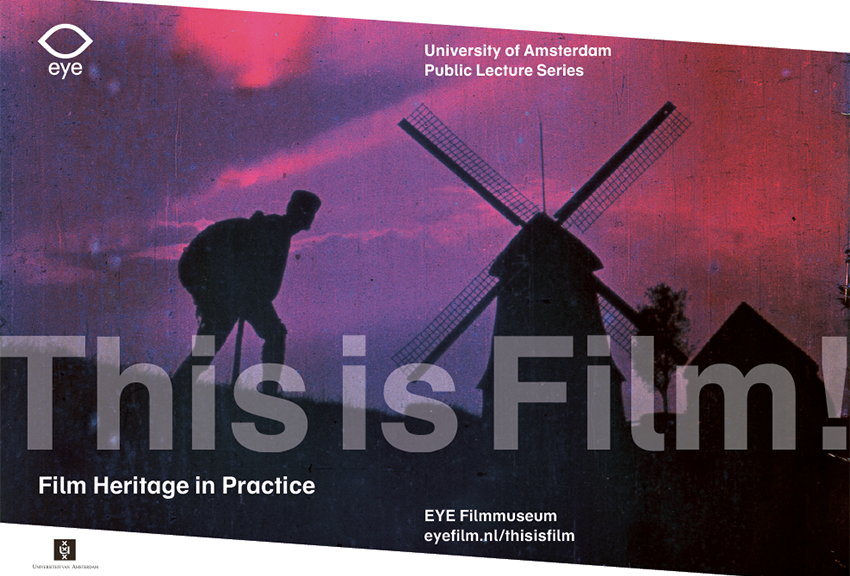 From April 3 to May 15, EYE and the University of Amsterdam present This is Film! Film Heritage in Practice, a series of six public lectures at EYE devoted to notable projects in the field of film restoration and film heritage. Giovanna Fossati (chief curator at EYE and professor of Film Heritage at the UvA) addresses recent restoration projects and presentation forms of film heritage, varying from pre-cinema to recent experimental films and Hollywood classics. Besides regular film projections in cinemas, the lectures cover exhibitions and alternative presentation formats. Each session features a guest speaker, a Q&A and film screenings, often accompanied by live music.

For more info and the full program: eyefilm.nl/thisisfilm