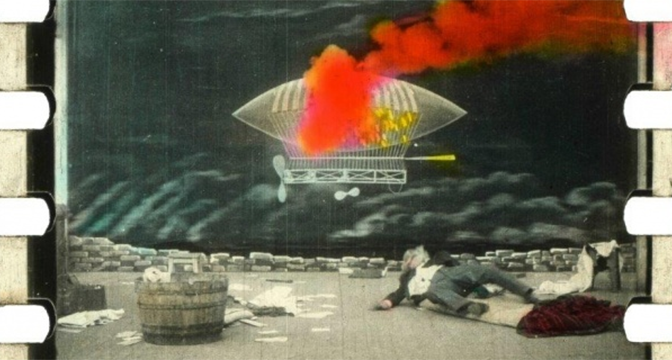 From February 4 to March 10, EYE and the University of Amsterdam present This is Film! Film Heritage in Practice, a series of public lectures at EYE reflecting on exceptional film restorations and film heritage projects. Giovanna Fossati (Chief Curator at EYE and Professor of Film Heritage at the UvA) addresses, in the course of six lectures, a wide range of restoration and presentation projects, spanning from pre-cinema to recent experimental films and Hollywood Classics. The topics include not only regular theatrical projections, but also film installations and exhibitions of film apparatus. Each weekly edition features a guest speaker, a Q&A session and film screenings, often also accompanied by live music.

This is Film! is aimed at everyone who loves film and offers insight into what goes on behind the scenes of current film heritage practices. The lectures are in English and can be followed as a series or individually.

What is Film Heritage?
Introduction by Giovanna Fossati (Chief Curator at EYE and Professor of Film Heritage and Digital Film Culture at the UvA)
Films: Beyond the Rocks (Sam Wood, 1922) and Short Film Pool compilation
Live music
February 4, 16:00 – 18:30h