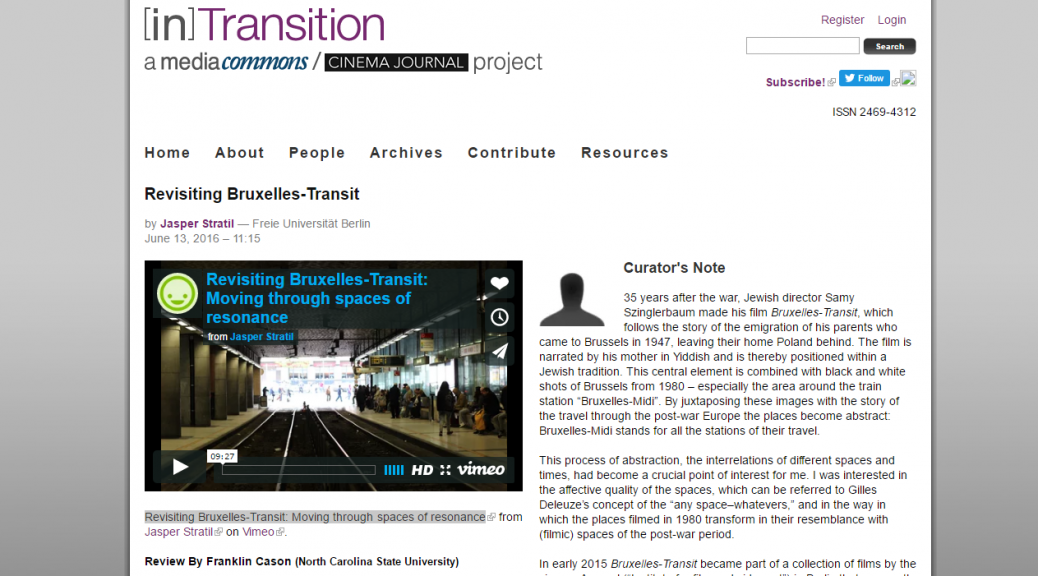 Former Film Studies student Jasper Stratil has published his video essay, Revisiting Bruxelles-Transit: Moving through Spaces of Resonance, in [in]Transition, the first peer-reviewed academic journal of videographic film and moving image studies. In 2015 Statil spent a semester at our Department where he created the first version of this video essay. “35 years after (…) [Jewish director Samy Szinglerbaum made his film Bruxelles-Transit], I revisited ‘Bruxelles-Midi’ – to unravel different layers of history. The account of Szinglerbaums’s family history becomes intertwined with other histories: the history of the Diaspora, of the Shoah, of Brussels as a space of transit, and eventually of film history.