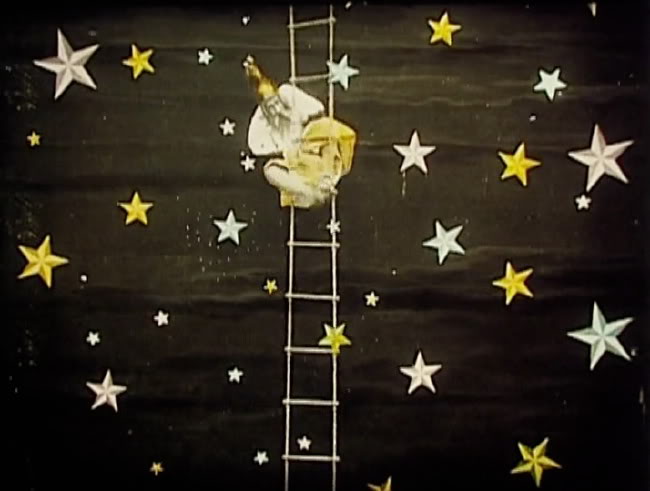 The Museum of Modern Art in New York (MoMA) has invited EYE to compile two special film programmes for the annual MoMA Festival of Preservation. To Save and Project is an international film festival showcasing recently preserved and restored film works from November 4 through 25.

To Save and Project: the 13th MoMA International Festival of Film Preservation. From November 4-25.

For the thirteenth edition of MoMA’s To Save and Project festival in New York, prominent guest speakers will present more than 75 recently preserved or restored film works from sixteen different countries to the American public. The festival is organized by MoMA curators Joshua Siegel and Dave Kehr.

Chief Curator Giovanna Fossati and Silent Film Curator Elif Rongen-Kaynakçi will introduce the two EYE programmes themselves on Sunday, November 22. Giovanna Fossati will present a programme based on Fantasia of Color in Early Cinema, a book that was published earlier this year (Amsterdam University Press, 2015). Together with co-authors Tom Gunning, Joshua Yumibe and Jonathon Rosen, she will elaborate on the creation of the book. Furthermore, she will show fifteen spectacular early colour films which partly provided the basis for the more than two hundred film stills included in Fantasia of Color in Early Cinema.

Silent Film Curator Elif Rongen-Kaynakçi will present a programme altogether in the spirit of cinema owner and film distributor Jean Desmet by re-enacting an evening full of entertainment such as Desmet would have presented to an expectant audience in 1914. Desmet’s collection is held by EYE and was inscribed in UNESCO’s Memory of the World Register in 2011. Central to the Desmet film programme, which features a variety of styles and film genres, is the recently restored American disaster film When the Earth Trembled (1913, Barry O’Neil). The live music for both film programmes will be performed by pianist Donald Sosin.