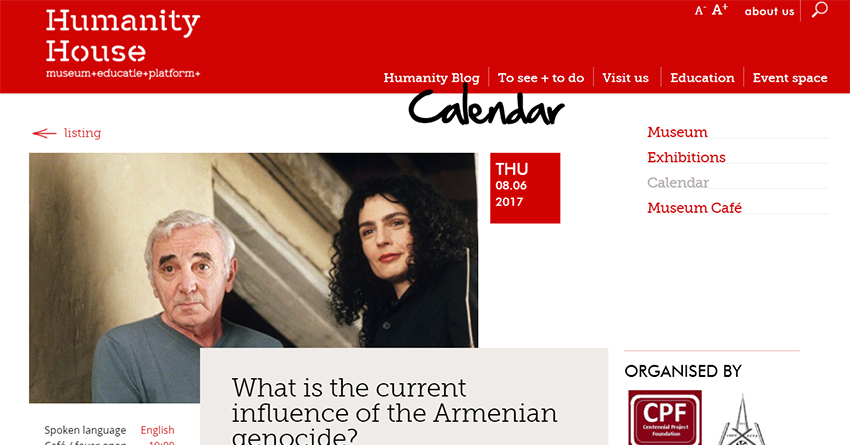 The Armenian Genocide is commemorated every year by descendants of survivors. What is the influence of the genocide and the commemoration culture on them? On the 8th of June this will be discussed in the Humanity House on the basis of the film Ararat. Ararat (2002) is a drama film about a family and film crew in Toronto working on a film based on the Armenian Genocide. In addition to exploring the human impact of that specific historical event, Ararat examines the nature of truth and its representation through art. After the film there will be a conversation with Marie-Aude Baronian, Associate Professor in Film and Visual Culture at the University of Amsterdam, and Aysenur Korkmaz, PhD researcher at the University of Amsterdam in regional, Transnational and European Studies. The event is free of charge and open for all to join.