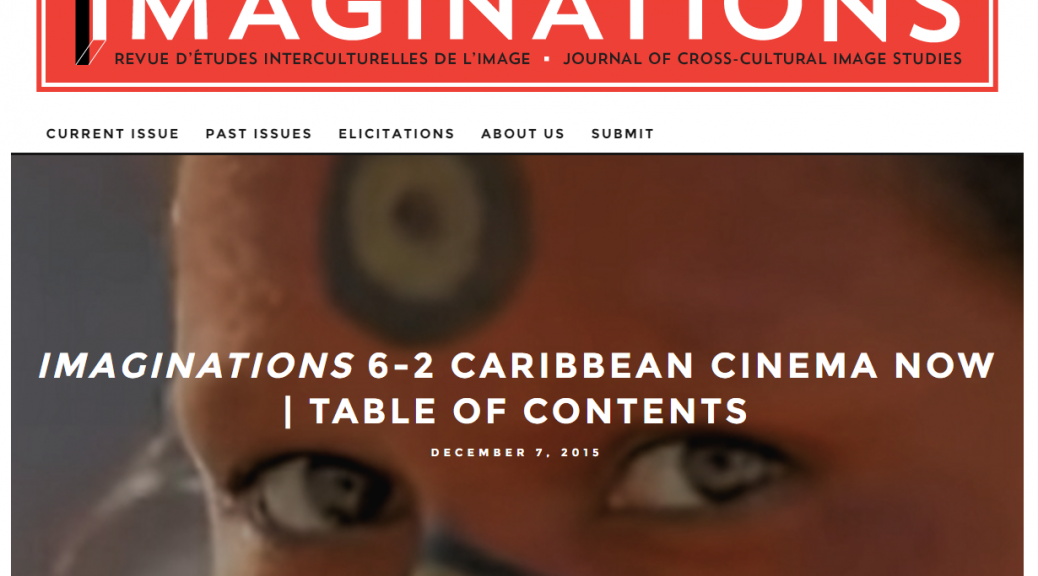 Today, after five years or so in the making, the special issue on contemporary Caribbean cinema has been published in  the open access Imaginations: Journal of Cross-Cultural Image Studies. The issue consists of a combination of interviews and critical essays that provides a diverse and necessarily eclectic glimpse into recent developments in Caribbean cinema.

You can find and access the complete contents of the special issue online at http://imaginations.csj.ualberta.ca/?p=7877.